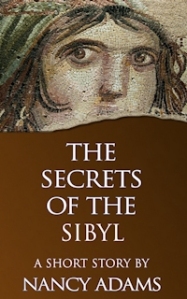 A decaying villa filled with secrets

A mysterious box that belonged to a dead girl

A spectral woman in white

All of them hold

The Secrets of the Sibyl
(Arcana Sibylae)

A short Gothic tale set in the Roman world of 382

When her father buys a dilapidated villa on the wild, rocky coast of Cumae, city of the ancient Sibyline oracle, fourteen-year-old Cellina encounters mysteries at every turn. Following the trail of a mysterious silver box, Cellina uncovers the secret of a decades-old crime committed within the villa’s crumbling walls.

Available on Kindle and Nook